Holiday dietary advice usually focuses on the amount of food eaten, and the guidance almost always pertains to the idea of “food as calories.”  I’ve never been told to watch my intake of plants, nor to be cautious of all the natural medicine I may be receiving, because let’s face it:  we tend to view food as a source of macronutrients only (carbs, fats, proteins).

It’s easy to overlook the herbs, spices, and seasonings used in holiday dishes.  Without them, however, no meal would seem complete.  I’d like to showcase some of the plants that play a starring role in the modern American Thanksgiving menu, and briefly summarize their traditional usage in North America*.

Now, I understand that the real story of Thanksgiving is a bit murky, and may be perceived differently depending on cultural beliefs.  It is not my intention to discuss this particular issue.  Rather, I am simply presenting 4 herbs that are used today in Thanksgiving meals, and linking them back to their utilization centuries ago.  The first two plants are native to North America, while the remaining species were introduced from different continents.

Salvia is the largest genus in the mint family, and many of its species have been used by the indigenous peoples of North America (thistle sage, gray ball sage, purple sage, lyreleaf sage, black sage, etc.).  I will be focusing solely on one particular species: Salvia apiana, or white sage.

The Cahuilla, Native Americans who primarily inhabit southern California, used white sage as a cold remedy and dermatological aid, and also seasoned their food with the aromatic leaves.  Like the Cahuilla, other southwestern groups, such as the Kumeyaay and Luiseño, ate the seeds dry or as a porridge, known as pinole.

Today, we can receive the non-conventional benefits of white sage quite simply.  For example, herbal decoctions can be brewed, and smudge sticks can be created using the plant.  Its distribution is limited to the Pacific Southwest, but the conveniences of modern living have allowed cultivated sage to be readily available in supermarkets across the globe.

Leaves from several different species refer to the bay leaves used in cooking, and are found growing in several continents. The species native to North America is referred to as the California bay laurel, a perennial evergreen tree found in California and southern Oregon.

Several parts of the plant were used by Natives of the Pacific coast, including the Cahuilla, Karuk, Pomo, and Yuki peoples.  Leaves were steeped as an infusion for stomachaches, the flesh and inner-kernel of the fruit were used as food, and branches were placed around households to repel insects.

The California bay laurel contains aromatic camphor-like volatile oils, and is more potent than the commercially available European bay leaf (Laurus nobilis).  If used in cooking, a smaller amount is needed to achieve the desired effect.

Creeping thyme is another plant in the mint family.  Unlike white sage and the California bay laurel, creeping thyme is native to Europe, and only became widespread in North America upon introduction.  Still, the Delaware Natives utilized creeping thyme as a febrifuge, and would administer the plant for individuals experiencing fever or chills.

What was once a cultivated ornamental has escaped to become a somewhat invasive species here in the United States.  Various states and provinces throughout North America host wild thyme, as do several countries throughout the world.  As many are aware, thyme makes an excellent addition to Thanksgiving fare, contributing not only flavor, but medicine as well.

Parsley is another plant native to Europe that, when introduced to North America, became utilized by various groups for specific conditions.  For example, the aerial and root components were used by the Cherokee as abortifacients and gynecological, kidney, and urinary aids.  The Mi’kmaq, who are indigenous to Canada’s Maritime Provinces, used the herb as a urinary aid, specifically for the condition of “cold in the bladder.”

Wild parsley can be found scattered throughout the United States and Canada, among other areas of the world.  A word of caution for foragers: poison hemlock (Conium maculatum), also in the carrot family, resembles parsley yet is highly toxic to animals and humans.  That said, there are noticeable differences between the two species, and it is best to familiarize oneself with both organisms before harvesting.

Of course, substituting wild herbs for the store-bought, cultivated varieties isn’t the only way to enhance the experience of Thanksgiving.  One could also harvest wild turkey (Meleagris gallopavo), collect bog cranberries (Vaccinium oxycoccos), and process acorns (Quercus) into stuffing, transforming the traditional Thanksgiving celebration into the wildest holiday imagined.

But don’t worry if you’re not there yet.  I’m certainly not, but strive each day to reach that place.

And what greater way to say “thank you” than sharing the incredible resources, given freely to us by nature, with friends and family?

Many people interested in Wild Foodism are eager to implement the lifestyle, yet do not know where to start.  I receive many requests for the literature and websites I use, and while I believe they are an important factor in the learning process, there is a much better resource available: the seasoned foragers, hunters, and gatherers already in your community.

There is no doubt that in every community there is at least one person who is familiar with the local edible flora and fauna.  This is precisely how I learned, and I highly recommend seeking out these individuals.  A simple online search, with perhaps some extra digging around, will yield promising results.  Many cities host wild edible walks, and several state parks provide guided hikes and activities involving the organisms within that particular environment.

I do not want to downplay the benefits that wild food books offer; I have learned a great deal with their help.  Experience is the best teacher, however, and having an expert guide you through the identification, uses, history, and location of various plants facilitates a greater learning response that will help you embed the information more effectively.

Get started today.  Forage not only for the wild edibles in your environment, but also for the experts who have much to share. 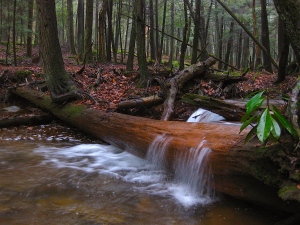 A wild foodie is one who takes the next step in the quest for optimal health.  She is aware that the domesticated foods of today may not be enough to guarantee her ability to thrive, and knows that beyond fresh, beyond local, and beyond organic lies a dimension of food that is unparalleled in quality, sustainability, and nutrition.

A wild foodie is one who reacquaints himself with his ecosystem.  He participates in it through the sound harvesting and gathering of the food it provides.  Through this direct connection, he reintegrates not only his presence and activity with nature, but reintegrates those of the human species as well.

A wild foodie understands that she cannot go back in time and undo the injustices inflicted upon Earth.  She realizes that she must be adapted to both the natural rhythms of life, as well as those enforced by modern civilization.  She simply takes the next step forward and assumes responsibility for the health of her body and the planet by incorporating more wild foods into her lifestyle whenever she can.  A little bit here, a little bit there, until one day her diet has been transformed into a direct engagement between her and the organisms with which she cohabitates.

A wild foodie is one who is ready to experience the robustness of the human species, who knows that the supermarket diet just won’t cut it.

Are you ready to be a wild foodie?

No matter which dietary protocol you adhere to, slight alterations can be made to improve the quailty and diversity of the foods you ingest.  Wild Foodism cannot be compared to any particular diet, but rather can be used to augment every single one.

A vegetarian dieter can replace store-bought greens with wild greens foraged throughout the week.

A fruitarian dieter can replace hybridized fruits with wild fruits picked at the peak of freshness.

As you can see, any diet can be upgraded with the simple replacement of nutritionally-inferior domesticated produce with nutrient-intense wild food.  It doesn’t have to be an all-or-nothing approach either; the more wild food you include in your diet, the better. 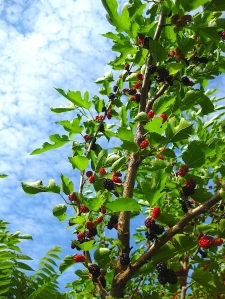 There is an overflow of diets saturating the modern human’s psyche.  Interestingly, all varieties claim to hold the key to sustained health and vitality.  Yet no matter what ratio of carbohydrates:fats:proteins is proclaimed to be ideal, and regardless of whether or not entire kingdoms of organisms are shunned, the typical diet fails to acknowledge one crucial aspect about our natural evolutionary upbringing:  we fared quite well (extremely well, actually) on wild food.

Wild Foodism is a movement bringing greater awareness of the most natural diet back into the consciousness of human beings.  One can argue that too much red meat is bad, that saturated fat causes heart disease (both points scientifically challenged), or that the consumption of grains has led to the degeneration of our species, but unless the discussion of wild food is brought to the table, all diets come up short.

Evidence has shown repeatedly that wild foods are almost always superior in nutritional quality compared to their domesticated relatives (wild lettuce vs. romaine lettuce, wild blueberries vs. cultivated blueberries, etc.).  Including more wild food into your lifestyle will guarantee greater food diversity, increased nutrient intake, and a deeper connection to the land (and water).

Explore the wild food lifestyle by incorporating more wild plants and/or animals into your diet, and reap all the rewards nature has been waiting to deliver.