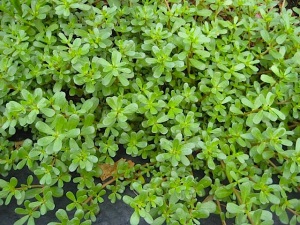 Too often when discussing the health benefits of wild plants, emphasis is placed on the obvious.  For example, the scientific literature abounds with research specifically on fruits from the Rosa genus, and it is commonly reported that some species of rose contain 20 times the vitamin C content of an orange.  But if we dig a little deeper, we soon discover that the seeds within the hips of roses also pack a nutritional punch, although in a slightly different way.  Research has demonstrated that seed oils from roses contain nutritionally and physiologically important fatty acids, including oleic, linoleic, and linolenic acids, as well as several forms of vitamin E, including α-tocopherol, β-tocopherol, and γ-tocopherol (1).

Another example of the obvious … grapes.  Of course, most nutritional love is directed toward the fleshy portion of the fruits.  Browse any grocery store, and the dominating seedless varieties will corroborate this.  But many a supermarket shopper will forget, however, that the juicy, sometimes-too-sugary grape, in its natural state does indeed contain reproductive structures – which just so happen to also be quite nutritious.  Research has shown that seeds from the common grape (Vitis vinifera) contain significant levels of calcium, magnesium, phosphorus, and potassium, as well as 8.2% protein, 14.0% fat and 38.6% fiber by dry weight (2).  Remember, these are the seeds we’re talking about … not the actual fleshly fruit.

And then there is purslane (Portulaca oleracea) – that low-lying, succulent-resembling, ubiquitous plant (a “weed” to some) that forms extensive mats amongst gardens, fields, and disturbed habitats here in western Pennsylvania.  Purslane, it is frequently reported, is the leading land-plant source of α-linolenic acid (an omega-3 fatty acid), containing between 300-400 milligrams per 100 grams of fresh material.  Purslane also contains impressive levels of potassium, magnesium, and calcium, while additionally providing gamma-linolenic acid and α-tocopherol.  Clearly, purslane is a nutritional superstar, and it sure is a wonder as to why health experts aren’t rallying more (if at all) for this pervasive plant.

Most of the research, however, focuses on the leafy portion of purslane, and I could devote an entire treatise on the health benefits attributed to its greens.  I won’t do that now.

Instead I’d like to showcase a part of the purslane plant that, while not gaining much mass attention, has been producing quite favorable results in scientific studies – and may confer health benefits to you, should you consume them. 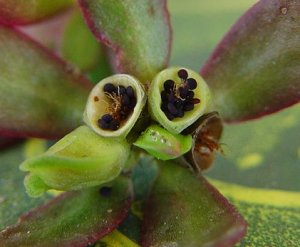 Consume purslane seeds, and your cardiovascular disease risk markers may improve.  Sound too good to be true?  Researchers have seen it firsthand.

The most recent study involving purslane seeds and health was performed on obese adolescent participants, split into two groups (3).  The first group (experimental group) was given one capsule containing 500 milligrams of powdered purslane seeds, two times a day for one month.  The second group (control group) was given the same directions, though with a placebo capsule instead.  Compared to the control group, the adolescents given purslane seeds showed statistically significant improvements in LDL cholesterol (conventionally referred to as “bad cholesterol”) and triglyceride levels – both of which, when elevated, are generally associated with an increased risk of cardiovascular disease.

The researchers attributed this lipid profile-improving effect to purslane’s polyphenols and antioxidants, two classes of plant compounds which have been shown routinely to be protective of cardiovascular health (4).  While the scientific literature is a bit thin when it comes to purslane seeds and lipid markers, this particular study’s results are very promising and warrant further experimentation.

Type 2 diabetes, a condition characterized by insulin resistance, is the 7th leading cause of death in the United States.  With nearly two million new cases diagnosed each year in the United States, it is important, now more than ever, to discover treatment methods that are cost-effective and safe … for example, purslane seeds.

In a study published in the Journal of Ethnopharmacology, participants with type 2 diabetes were divided into two groups (5).  The experimental group was given 5 grams of purslane seeds twice daily, while the control group was given metformin, a standard oral antidiabetic drug.  Results showed that purslane seeds were just as effective as metformin in decreasing fasting and postprandial (after meal) blood glucose, as well as insulin levels.  Additional results included a significant decrease in serum levels of triglycerides, total cholesterol, LDL cholesterol, body weight, and body mass index.  The researchers attributed these effects to purslane seeds’ polyunsaturated fatty acids, flavonoids, and polysaccharides.

Metformin doesn’t contain any naturally occurring polyunsaturated fatty acids, flavonoids, and polysaccharides, though its synthetic structure does rake in a pretty profit.  It is the most widely prescribed antidiabetic drug in the world (more than 40 million prescriptions are administered annually in the United States alone).  Despite tests, marketing, and hype, and like most prescriptions, metformin presents a host of side effects, including muscle pain, irregular heartbeat, dizziness, and fatigue.  All the more reason to consider purslane seeds as a supplementary effective treatment for type 2 diabetes.

Abnormal uterine bleeding (AUB) is a condition characterized by heavy, irregular, or prolonged menstrual bleeding, or unscheduled non-menstrual bleeding in premenopausal women.  Quality of life can be severely affected due to pain and discomfort, and iron-deficiency anemia can result from excessive loss of blood.  While drugs and surgery seem to be the preferred treatments in the United States, Iranian medicine treats AUB with purslane seeds.  A recent study, published in Phytotherapy Research, gives this latter treatment two thumbs up (6).

To discover the effects of purslane seeds on AUB, researchers recruited ten premenopausal women with AUB who did not respond to conventional drugs, and were candidates for hysterectomy.  The women were administered 5 grams of purslane seed powder in a glass of water every 4 hours orally, 48 hours after the onset of menstruation for 3 days.  Results showed that 80% of the women reported duration and volume of their bleeding had decreased, and the patterns of their periods had normalized.  What’s more, a three-month follow up revealed that abnormal bleeding had not returned in the women who originally responded to the purslane seed treatment.

Of course, the sample size was small (ten participants), and few (if any) additional studies exist on this subject.  The results are promising, however, as both traditional (Iranian) and modern medicine have reported success using purslane seeds to treat AUB.

Today, the standard treatment for abnormal uterine bleeding includes the levonorgestrel intra-uterine system, non-steroidal anti-inﬂammatory drugs, antiﬁbrinolytics, progestogens, oral contraceptives, danazol (a prescription drug), and hysterectomy.  Purslane seeds, too, seem to be effective, though how much money can realistically be made from a plant that grows through cracks in sidewalks?

The previous studies were all performed on human participants.  While no research analyzing the effects between purslane seeds and liver cancer exists on actual human participants, we do have supportive evidence using human cellular cultures.

A recent study found that an extract of purslane seeds reduced cell viability of hepatocellular carcinoma cells … cells that are responsible for the most common type of liver cancer (7).  Parsley seeds (Petroselinum sativum), too, displayed similar anti-cancer properties against the same cells in this particular study.

The 5-year survival rate for individuals with any stage of liver cancer is 15% … quite an astoundingly low percentage.  Current conventional treatments include surgery, radiation, and chemotherapy – treatments which are all well-known to present serious side effects.  Purslane seeds may not save the world from any form of liver cancer, though they ought to be considered viable candidates, as research suggests, when evaluating potential therapeutic options.

As mentioned in the last paragraph, chemotherapy is a form of cancer treatment that is routinely associated with damaging side effects.  Doxorubicin, a chemotherapeutic drug used to treat cancers of the uterus, ovaries, breast, and lung, is known to cause unwanted toxicities of the heart, kidneys, liver, and testicles.

Purslane seeds to the rescue …

Research has shown that an ethanolic (alcoholic) extract of purslane seeds and shoots demonstrated protection against doxorubicin-induced damage in adult male rats, all while improving liver function, increasing antioxidant activity, and decreasing oxidation of lipids (8).  The researchers concluded that supplementation with purslane shoot and seed extracts may provide a cushion against the toxicity caused by doxorubicin … without producing any harmful side-effects.

Further experimentation is warranted in this field, as research on human participants is limited.  Using the information we have so far, we can currently hypothesize that purslane seed administration may indeed be an effective (and safe) supplemental option in human cancer treatment.

And there we have it:  5 documented health benefits of purslane … seeds.  Of course, many more benefits exist, as purslane seeds contain important nutrients, including α-linolenic acid (an omega-3 fatty acid), vitamin E, and antioxidants.  If you’ve made it down this far in the post (thanks, I appreciate that!), it should be quite apparent:  when we neglect to consume purslane seeds, we are missing out on critical nutrition and medicine.

Easy fix, though … on your next jaunt through your favorite purslane patch, and if the season is right, spend a few moments (or several) harvesting the seeds.  Simple, really. 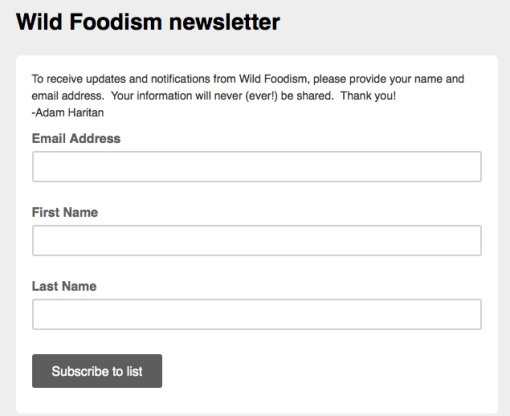